Know the facts and myths about Stem Cells

Diabetes is a modern Epidemic. With more than 300 million people suffering from Diabetes globally this entity cannot be considered anything less than an epidemic. With the current trend of increasing incidence the total number of people with diabetes is going to touch more than 500 million by 2025.

For a matter of understanding Diabetes may be considered as body's inability to utilize blood sugar and hence facing the consequences of high blood sugar levels (glucotoxicity).

Diabetes should not be considered as a single clinical entity. With the spectrum of Metabolic, Biochemical , Endocrine and other systemic involvement Diabetes needs to be taken as a " Spectrum of Diseases".

The metabolic effect of Diabetes does not restrict to only at Glucose regulation abnormalities. It causes adverse Fat (lipids) and Proteins metabolism leading to deleterious effects of the body by lipotoxicity and proteins loss.

Broadly there are 2 groups of Diabetes Mellitus

Ultimately all diabetics lead to the state of Insulin dependence.

Conventionally Type 1 diabetics are lean and Type 2 diabetics were obese. But now a big group of lean Diabetes type 2 group is identified.


The causes of Diabetes are multifactorial

Conventionally Diabetes pathology is related with hyperglycemia because of Insulin deficiency/Insulin Resistance. But now other hormones are also implicated in the pathogenesis of Diabetes and its complications. 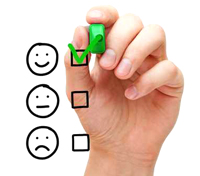 Managing Your Diabetes
is not a Science
It is an ART

Diabetes Mellitus is a chronic progressive spectrum of diseases which involved almost every organ of the body. It's one of the most common causes of premature aging.

Is Diabetes a result of our
lifestyle or longevity process?

Why we desperately need Antiaging in todays world